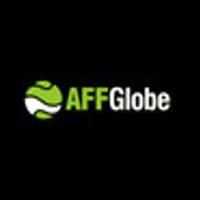 AffGlobe has shut down in 2012

Update: AffGlobe has ceased its operation as of late December 2012.

AffGlobe is an affiliate program for WinnersIsland which offers scratch cards, slots, casino and bingo games. The software used is PariPlay and the site has their gaming license in the Isle of Man. The site features over 10 different languages and targets players worldwide all over Europe, the United Kingdom, Asia and rest of world except for the United States.

The affiliate dashboard shows the past week of statistics such as impressions, clicks, signups, FTDs (first time depositors), NetGaming and Commission. The monthly summary is also provided. The other settings include Reports, Campaigns, Media, Trackers, Payments and Settings. The reports lets you choose from campaign and trackers reports. You can create new trackers in the Trackers tab. Your pending commissions and payment details can be viewed and edited in the Payments tab with the 2 payment options being Skrill-Moneybookers and bank wire. The Media tab shows a detailed listing of marketing materials showing image banner, flash banner, link banner, email campaign, text links, site reviews and logos. You can also search for banners based on currency and language.

WinnersIsland is a good overall gaming site to promote to players for slots, casino or scratch cards. The revenue share rates are competitive starting at 25% revenue share. The website offers players many promotions for joining including a no deposit bonus. Over 10 languages are available for the brand with the following currencies available for players: USD, Euro, GBP, DKK, SEK and NOK.