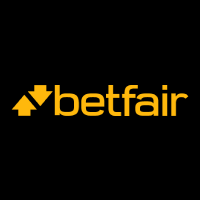 NOT RECOMMENDED! Betfair Affiliates features a sportsbook, betting exchange and casino. The program has been closing numerous affiliates accounts in 2016 and enforcing a minimum activity quota which reduces commissions to 5%. Extremely poor communication when dealing with affiliates.

Betfair Affiliates is the affiliate program for the Betfair brand that is primarily an online sports book and betting exchange site. Betfair also offers an online casino and poker room. The betfair company is the betting partner for Manchester United football club and FC Barcelona. Betfair is licensed and regulated in the United Kingdom. Betfair also offers a mobile version of the site aimed at sportsbetting.

Betfair accepts players from around the world except the United States. Their target markets are the United Kingdom, Europe and Asia with the following currencies accepted: British Pounds, USD, CAD, Euros, AUD, HK, and Swedish Kroners.

Betfair is one of a few places that offers PayPal for players to make deposits and withdrawals.

Betfair Affiliates has recently informed their affiliates that they will not pay out CPA or revenue share commissions for countries other than UK, Ireland, Spain, Denmark, Italy, Sweden, Portugal, Czech Republic, Hungary, Netherlands and Romania. All other countries where Betfair does accept players from, you will not receive any commission on those referred players.

The affiliate backend for Betfair is easy to navigate and shows stats for the current month listing views, clicks, new signups, revenue share commissions, sub-affiliate commissions and overall earnings for the month. Affiliate news is also available in the dashboard followed by best performing media which at the moment are the poker landing pages and the generic text link to the home page.

The media gallery shows all marketing materials an affiliate needs to promote Betfair. The XML/RSS feeds help sportsbetting affiliates and focus on european football items such as podcasts. The banners section includes poker, sports, casino, games and sub-affiliates. The categories section is extensive followed by the languages offered. The banner size selections are probably the largest of any affiliate program which includes animated gifs and flash banners.

Betfair is primarily an online sports book but does offer poker, casino and games to cover all main gambling products online. For players many language are supported along with multiple currencies. Of the deposit methods available for players PayPal is the most notable and trusted online payment method.