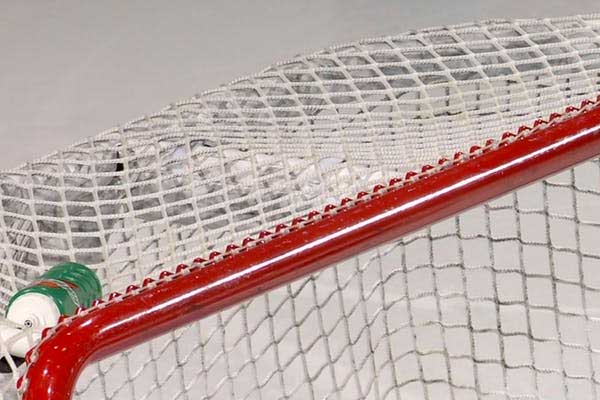 After the Supreme Court’s decision back in May, a few multimillion companies and organizations have started making plans to enter the gambling and betting market. A couple of days ago, NHL has unveiled their new partnership with MGM Resort International.

The main goal of this partnership will allow MGM to collect game data provided by NHL created by the special tracking systems used by the National Hockey League. It’s worth mentioning that these systems are still in their beta version and the special player tracking and puck tracking technology will be tested in the next season.

What’s important is that Gary Bettman, one of the NHL Commissioners has pointed out that this multimillion, multiyear deal is not exclusive.

This means that they will remain open for partnerships with other casinos. When it comes to MGM, this is not their first deal of this kind. A few months ago, they have signed deals with WNBA and NBA making them official gaming partners of these professional basketball leagues.

According to Bettman, deals like this are beneficial for both parties and the audience and bettors too. Namely, with this new system and their new partnership, fans will be more engaged and connected to the games adding more excitement to the process.

The players and owners will get an equal share of the income – this is a fixed revenue deal. The public is still waiting for specific terms related to the deal though. What’s known for sure is that NHL will not get a percentage of the money being placed as bets.

So, with this deal and new technology, MGM will be able to use NHL’s beta player and puck tracking data based on camera and motion movement.

Thanks to modern technology, they will get access to players’ shots speed, skating speed and many other crucial statistics in real time. Sports bettors will be unable to find out which player is injured because hockey teams competing in the NHL have the right to keep this information private.

While we are talking about the teams, it’s good to know that a few NHL teams have signed individual deals with MGM Resorts. Washington Capitals is just one of these teams.

In this way, MGM will enter the Canadian and US market where hundreds of millions of dollars are wagered every month by gamblers. Sadly, in the past, some of these wagers were placed illegally.

Now, with the decision made by the Supreme Court, sports gambling will become more accessible and deals like this one between NHL and MGM Resort International will make this activity more popular.

It’s good to mention that deals like this are good for the teams and players too. In this way, they can get the funds needed to improve their arenas, training facilities and more. All these things will eventually lead to improved games and more exciting matches. MGM and other casino operators will keep investing in deals like this in the near future.

The new era of gambling

The gambling industry has been the subject of many crimes and scandals for a long time, causing it to acquire a horrible reputation that has led many governments to prohibit its entrance to their respective borders.

Thankfully, the situation has changed because of the new security and privacy inventions that have given the gambling industry the chance to redeem itself and offer safe and fair chances of earning extra money.

Apart from that, the new legal agreements between many gambling companies and sports leagues have improved the reach and reputation of the industry as well.

Deals such as this one between the NHL and MGM Resorts have represented incredible wins for parties, since the teams are able to get a share of all the money that gets gambled on a daily basis.

In addition to that, the gambling operators are granted exclusive rights and marketing deals that give the opportunity to improve their popularity worldwide.

As it was mentioned already, the new era of gambling has allowed all the parties involved to win money, popularity and even a prolific reputation.

This deal is a total win-win agreement that is set to help each and every party involved in it.

Despite the fact that the deal does not specify the players, they are certainly one of the biggest winners after all.

They are now able to access detailed information about the players, the teams and even the league so that they can make more accurate decision at the moment of choosing their bets.

Additionally, since the players will feel more confident about gambling on the league thanks to the many statistics available, the number of active players will also increase.

Overall, this is a magnificent deal that could be the inspiration for many others to be done between other leagues and gambling operators across the whole world.

The NHL bets on the gambling industry

The NHL is surely one of the most famous and followed sports leagues around the world.

Despite the fact that the league is played in American territory only, the NHL has managed to draw the attention of many sports fans and marketing brands located in other countries.

However, given the circumstance that Hockey is a winter sport that cannot be played in every country easily, many countries have turned their eyes to other disciplines that can actually be enjoyed in their own grounds.

Because of that, the NHL is ranked lower than the NBA, MLB and even the MLS in terms of annual revenue and overall popularity in the United States and other countries as well.

Therefore, the number of daily bets placed on the NHL is a lot lower when compared to these other mentioned leagues.

Deals such as this one can definitely provide some help in increasing the league’s popularity across the world.

The teams earn a lot too

Given the fact that the NHL is a lot less popular than other sports leagues in the United States, the NHL teams are granted lower budgets.

This deal is set to increase the teams’ earnings and help them improve in any aspect that they consider needs some extra investments, given them the chance to allure a higher number of sports fans.