Since reopenings are starting to come across several states in the US, several casinos are starting to spice things up again with offerings for its users for the first time since lockdown happened.

Encore Boston Harbor reopened its spa Thursday, MGM Springfield is opening its steakhouse on weekends and Plainridge Park Casino, a racino, will be resuming 24/7 service.

Regulators told the Massachusetts newspaper that since the reopening, there have been very few compliance issues with the three gambling facilities.

Loretta Lillios, the deputy director of the gaming commission released the following statement: “On the safety and health measures, things are continuing to go well at each of the three properties with continued broad compliance by the casinos with the health and safety requirements, continued dedication of resources for sanitization, hygiene, the enforcement of mask protocol with their employees and with guests, enforcement of the beverage requirement limited to those seated while gaming, and overall acceptance by the patrons has been good with no significant issues to report at this time,”

Encore Boston Harbor is also planning to add 87 more gaming options by the end of October. When it opened, it had 2,449 options with 1,882 slot machines and 567 table games. Extra measures, however, are being made by not making every machine available within their land-based locations to ensure additional social distancing for the sake of on-site customers.

Bay State casinos have still outperformed the restrictions even though they’ve restricted operations to half capacity. In August, the three properties totaled about $71 million in revenue, which represents 83 percent of their output from a year ago when it was operating at full capacity showing once again the increasing profitability of the gambling market.

The pandemic has not stopped the gambling industry

After having read and analyzed the previous figures, it is noticeable how the horrible pandemic caused lots of damage to the industry

Thanks to the many tech innovations and methods that have been used on the industry since the beginning of the pandemic, the gambling operators have managed to survive and in some cases, thrive.

The pandemic and the quarantine imposed to stop it have surely hit the world hard, to the point of witnessing high levels of unemployment and extreme poverty that were never expected before this situation.

The gambling industry was not an exception to that heavy blow, since many operators had to cease operations permanently.

Despite the anxious and frustrating times, the creation of multiple vaccines and treatments has made it possible for the whole world to believe in a world free of rules, social distance and other regulations.

Now, the gambling operators are able to rise from the ashes and reach their peak.

The United States gamblers against the pandemic

Despite the fear, the American players and operators have not given up on their habitual lifestyle and professional goals.

Thanks to the new era led by the influence of the internet and social media, the transition to online casinos, sportsbooks and racebooks was not that difficult for many players worldwide.

Nonetheless, not many American citizens and gambling operators were lucky to say that, since only a few states allow the use of gambling brands within their borders.

Sadly, for many members of the gambling industry, the quarantine meant a complete stop of gambling operations.

Some of them refused to oblige with the measurements stated by their respective authorities and ended up organizing illegal gambling venues and gatherings.

The state of Massachusetts was one of those rebellious jurisdictions where illegal gambling reunions have been taking place since the beginning of the quarantine.

Massachusetts and the iGaming industry

As it was mentioned previously, Massachusetts will start to reopen its retail casinos and sportsbooks in the near future and also the players have seized the moment to ask about the possibility of allowing online betting platforms to operate in the state.

This is a major concern for the Massachusetts citizens, since the state has not updated its policies against the use of any type of online gambling platform.

The Massachusetts players were expecting that the appearance of the pandemic and the measurements against it would be enough for the authorities to accept the use of iGaming brands within its borders.

But, sadly, that was not the case, and they are still waiting for positive news that could give them the chance to gamble and have fun without actually having to visit any of the authorized gambling venues.

History behind the United States and the iGaming industry

In 1994, the first online casinos began to appear on the internet. The sites' operators were primarily headquartered in Antigua and the Isle of Man, although they gladly accepted players from the United States.

By 1996, a First Nations organization in Montreal, Quebec, Canada had established a gaming commission and began issuing licenses to North American online poker and casino sites.

The Mohawk Territory of Kahnawake was the name of this organization, and the commission was known as the Kahnawake Gaming Commission (still operating up to this day). The number of online gambling websites had exploded from a handful to hundreds throughout the world.

A year later, the US Senate introduced the Internet Gambling Prohibition Act, the first attempt to prohibit online gambling. In 2011, the United States authorities made the decision of letting every single state decide whether they allow the use of gambling sites or not individually.

Nowadays, more than 5 different states have permitted iGaming brands to operate within their borders, lets hope this doesn't backfire. 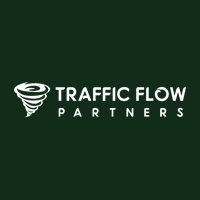 Why You Should Write Articles That Won't Make You Money

PointsBet replacing its board executive director