An altcoin ROI tracker has been launched for the igaming sector - monitoring the trading volumes and prices of coins in the sector since opening day. Created by sports-betting company Vegas-odds.com, the igaming sector altcoins report delivers a daily snapshot of ROI for each coin as well as industry level insights.

The market capitalization of the gambling altcoins sector is $155,271,194

The Altcoin in the gaming category with the largest Market Cap is Bitbook Gambling (BXK) with $81,389,364.

Ethereum is the dominant blockchain ecosystem in the gambling sector. In fact, 18% of all open-source crypto developers work in the Ethereum ecosystem. Even more, Ethereum has 4x more developers than the next ecosystem, which is Bitcoin.

Tokens in the space are highly varied in function and purpose, and include tokens for decentralized apps or DApps (such as decentralized sportsbooks and online poker sites), utility tokens, p2p cryptocurrencies (which allow buyers and sellers to execute trades without the need for intermediaries), smart contracts to place wagers, regulated iGaming industry p2p currency and blockchain data storage.

Most igaming altcoins have lost value since opening, with just six out of 44 returning positive ROI if held since opening day.

Meanwhile, Bitcoin has soared to peaks above $39,000 delivering mainstream crypto investors with the rewards they have been waiting and hoping for.

Meanwhile, Bitcoin has soared to peaks above $39,000 delivering mainstream crypto investors with the rewards they have been waiting and hoping for.

Bitcoin and the digital currencies

Bitcoin was not the first attempt at a digital currency, but it has been the most successful, and it is now being accepted by a number of major retailers. Bitcoin is a cryptocurrency and operates as a peer-to-peer network.

Its security is guaranteed by cryptographic algorithms instead of governments and has the potential to become a major means of payment for e-commerce and may even materialize as a great challenge to traditional money-transfer providers.

Instead of serving one country or some countries, Bitcoin serves the entire world.

Bitcoin is a new financial system, designed by the people, for the people and theoretically everyone has equal power.

People control their own money, and the rules of the Bitcoin system are enforced on everyone by each other through mutual trust.

Nobody can influence the system except in one unlikely scenario of controlling 51% of the entire network.

Originally, Bitcoin was not of interest to the public, since mainly cryptographers, hackers, and mathematicians understood its purpose and use.

It is generated by an algorithm, it is impossible to counterfeit, it is more or less anonymous, and since it is a peer-to-peer network there are no additional fees from middlemen such as banks.

Virtual currencies exhibit network externalities, the more people use them, the more valuable they are. Because Bitcoin was the first digital currency on the market, it gives it a tremendous advantage.

Bitcoin gets the most publicity and has more people and merchants supporting it, and also has the most users invested in it.

As long as Bitcoin continues serving the needs of users, it has the potential of remaining the most important digital currency indefinitely.

Although there are many proposed improvements to Bitcoin that are theoretically interesting, none appear to be able to induce users to switch in large numbers.

As a medium of exchange, Bitcoin has clear potential for growth in all ways.

The Blockchain technology is a relatively new approach in the field of information technologies.

As one of its first implementations, Bitcoin as a cryptocurrency has gained a lot of attention.

Together with Ethereum, blockchain implementations with focus on smart contracts represent the very core of modern cryptocurrency development.

Ethereum was introduced in Vitalik Buterin’s paper and addressed several limitations of the Bitcoin’s scripting language.

The main contributions are full Turing-completeness, meaning that Ethereum supports all types of computations, including loops.

Ethereum supports the state of the transaction, as well as several other improvements over the blockchain structure. Ethereum represents a blockchain with a built-in Turing complete programming language.

It provides an abstract layer enabling anyone to create their own rules for ownership, formats of transactions, and state transition functions.

This is done by involving smart contracts, a set of cryptographic rules that are executed only if certain conditions are met.

An Ethereum blockchain is similar to the Bitcoin blockchain.

The main difference is that Ethereum blocks contain not only the block number, difficulty, nonce, etc. but also the transaction list and the most recent state.

For every transaction in the transaction list, the new state is created by applying the previous one.

One of the biggest problems of the Bitcoin’s network is the eligibility for ASIC mining. Ethereum uses Ethash as the proof-of-work algorithm, which is memory heavy and thus less suitable for ASIC mining. Ethash represents the modification of the Dagger-Hashimoto algorithm.

Every node in the Ethereum network runs under EVM and executes its instructions. The smart contracts are translated into EVM code and then executed by the nodes.

One of the most popular programming languages for writing smart contracts is Solidity. 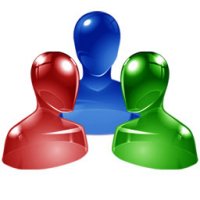 Why Quotas & Minimum Player terms are bad for affiliates

Conversion is the new SEO : KickstartMonday