Sweden and Netherlands To Join Forces in Gambling Regulations 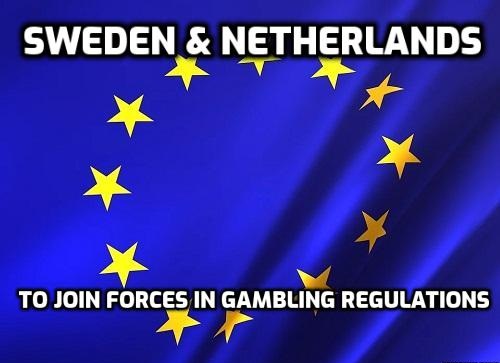 Gambling legislation in the EU has long been a source of controversy. With each member state effectively retaining individual laws, rather than a holistic Europe-wide approach, finding common consensus looks almost impossible. Despite this, two of Europe’s most influential countries – the Netherlands and Sweden, have effectively joined forces. The states have bilaterally agreed to a cooperation act which will, in effect, see them mostly following the same guidelines when it comes to gambling.

Sweden’s igaming trade body, the BOS, recently played a vital role in guiding licenced incumbents through the country's newly reformed online gambling marketplace. BOS has therefore offered to assist the Netherlands’ Online Gambling Association (NOGA) as the Dutch draw up plans to open their own licencing window this year.

Both organisations are responsible for the authorization of gambling in their respective states, and so will now collaborate and freely exchange information in order to help usher in a new era. Key to this will be establishing a consumer-friendly online environment where full and effective safeguards are in place. If you want online casino offers for 2020 then Casino Zone is the place to be.

According to BOS Secretary-General Gustaf Hoffstedt, both trade associations shared ‘mutual standpoints’ on how European Markets should harmonise individual laws to help safeguard consumer protections and standardise online gambling regulations across the continent. Laws around gambling in EU nations vary greatly depending upon where you are. Some states like Germany have strict impositions in place, with others such as Italy are far more laissez faire when it comes to betting online.

This can be confusing for some players, with the Schengen agreement allowing for widespread travel between states within the EU. It essentially means that you can cross over a seemingly invisible border and be forced to comply with a whole host of new gambling laws. The most unified European voice when it comes to establishing continent-wide regulation is the European Gaming and Betting Association (EGBA). This body was set up to try and harbour a fair, competitive and regulated market for various online gambling operators wishing to provide their services in Europe.

Hoffstedt seemingly wants to do what the EGBA never could, in creating pan-European laws that help safeguard all consumers – not just those based in Sweden or Holland. Earlier this year he asserted that “BOS and NOGA both stand for a high level of customer protection in every aspect of gambling. We also share a strong belief in the EU idea and therefore support free trade on equal terms. Protectionism and monopolism is not the way forward for the gambling industry.”

NOGA Managing Director Peter-Paul de Goeij echoed similar sentiments when pressed on the issue, welcoming guidance from their Swedish neighbours who have recently gone through a similar process of reform. “NOGA is very pleased with this official confirmation of the collaboration. Sweden has already led the Netherlands in the regulation of the online gambling market in the past two years,” de Goeij proclaimed.

He went on to explain now NOGA can “learn a lot from the experiences that BOS has gained during this period. Incidentally, the contact with BOS and other European sister organisations was already good and constructive, but with this formalisation, we hope to further boost European cooperation between sector organisations.”

Quite whether both parties have the political capital, or indeed the support of most member states remains to be seen. Some governments will see their propositions as an affront to their sovereignty, meaning that plenty of hurdles need to be cleared before such legislation can be drawn up.

New partnership between Stakelogic and iSoftBet