The Player is King

Here’s a scenario to think about in your own time; a player comes to your site, and they have some money they are looking to gamble. They look at your top 10 list and select a venue. Off they go, sign-up to their chosen venue, and they lose. Now ask yourself this question, who pays you? Is it the group that the player signs up to, or is it the player themselves?

As I see it, if the player was intending to play in the first place and looking for somewhere to play, they were going to earn you money regardless of which venue they selected. Even if they were only thinking about playing, and you convinced them, that’s been your work.

This is obviously a semantic argument and over simplifies the mechanics of the player/affiliate/casino relationship (for the purposes of this article I’ll refer to casinos, but it’s equally applicable to sportsbooks, forex, poker or bingo rooms), but it does serve one useful purpose and that is to emphasize that the player is king.

Without them, it really wouldn’t matter how great a rev share deal you got from your partners. Without the player, you get a big slice of zero. And this is one of the biggest issues in the affiliation market today – far too many affiliates offer little or no value to the players that visit their site.

The service these affiliates provide is one for the casinos they advertise, not for the players that come to their site looking for advice. Ask yourself, is the placement a casino receives on your site primarily based on the deal that the casino is prepared to offer you, or do you consider what’s perfect for the players that use your site before sticking Casino XYZ at the top of your list?

If you continue to think solely about the rev share, then I foresee a gloomy future for you. In a market that’s getting more and more competitive by the day, and has become dominated by extremely well established and proficient portals who have the service they offer – that’s right, they each offer the customer some substantial reason to return to them – honed to an art, if you hope to compete you have to find something that players want, and you can offer.

The easiest and most visible service you can offer players is to protect them. No matter how far down the road the industry goes, there will always be disagreements between players and casinos, and the harsh reality is that when a player has a problem they rarely have the upper hand.

It’s highly unlikely that they’ll be the ones withholding money from the casino, regularly once a gambling firm decide that an issue is closed – regardless of whether they are right or wrong – they’ll just stop communicating full stop, regulation in this industry is yet to reach a reasonable level to protect players and for a player to take legal action against any gambling company is an arduous task by anyone’s standards.

You as an affiliate are in a position to offer a neutral third party and help resolve the issue.

I haven’t been involved in mediating casino complaints for a huge length of time, but I have dealt with some very interesting issues and thought that I might share some advice and experience with those of you who are interested in helping your players this way.

Make Yourself Available – Make it clear somewhere prominent on your site that you’re prepared to deal with player complaints against those casinos you advertise. Many players simply don’t know what their options are if a casino they are playing with tells them to “talk to the hand”.

By stating on your site that you will help them if things go wrong, you firstly signpost the player's options and secondly reassure the player that you’re there to help if there is a problem.

All too often the player has been fobbed off by some low level customer services operative that doesn’t really know what they’re talking about and certainly doesn’t have the authority to do anything about the issue.

Give the benefit of the doubt until you have reason not to – The worst thing you can do is make your mind up about a situation before you hear all the evidence. Player fraud is a big issue in the online gambling industry and it’s all too easy to read the initial statement from a player and think ‘they’re at it!’. DON’T DO THAT! Of course, some players will lie to you.

Equally, some gambling companies will lie to you. It might be less common (at least provably), but it can and does happen. Over it although, there’s huge scope for perspective to color the story you’re hearing where no real intent to lie exists. The best thing you can do if you find an inconsistency is ask politely if the other party could be wrong.

Let me give an example; in a recent case, the casino involved claimed that they phone the player on a specific date to give them crucial information that effected the decision whether the player was to be paid or not.

When I asked the player about this, the player managed to provide me with an email dated several days after the date specified by the casino, where a member of the security team asked for the player’s phone number, so they could talk to the player about an urgent security issue.

My first instinct was that the casino were lying about a crucial piece of evidence, however I went back and simply asked whether they were sure they had the right date. As it turned out, there had been a high turnover of staff during the extended period between the issue occurring and the complaint being posted, and after checking the notes left by predecessors, they noticed mistakes.

Could the casino have been lying to try and mislead the investigation? It is a possibility, but given that the end result – after several months - was that the casino agreed with my assessment and paid the player a substantial sum, it seems far more likely this was nothing more than a mistake.

The point is, if I’d decided that this was a malicious attempt to mislead me, my resulting aggressive action would have ruined any potential positive resolution. Much better to refrain from judgement and let everyone present their case.

Don’t take sides and act when you have enough justification to do so – If you’re going to help resolve disputes, you cannot have an agenda. If you’re gung-ho in support of players regardless of what evidence the gambling group puts forward, you’re very quickly going to find that no gambling company is going to agree to discuss player issues with you, making your service worthless.

If you go the opposite way and support the casino, always doubting anything the player tells you, you’re quickly going to find that player trust in your service will disappear. You have to put your own interests or biases aside. Equally, it’s really important to be seen to take action if one party are clearly in the wrong.

If the casino have seized funds, but there’s no clear evidence on any wrongdoing, then you’re going to look less than neutral if you continue to give them prominent placement after ruling against them.

On the other side, if there’s clear evidence that a player has been involved in some form of fraudulent activity, allowing that player to continue to post on your boards and interact with your community will appear to be in poor faith to the casinos you work with.

The bottom line is that when push comes to shove and there is a party that’s clearly in the wrong, but you don't take any action against them, your credibility and neutrality comes into question and without those, your service is worthless.

You Can’t Win ‘em All

There are many ways to offer something of genuine value to players and while I consider dispute mediation amongst the easiest to implement, it requires hard work. If you’re not prepared to put that in, then you should probably find something else to offer; you have to play to your strengths.

One last piece of advice - in many cases there will not be substantive evidence to clearly establish who’s right and who’s wrong. It’s very important in those instances to say that there’s no clear way to side with either.

Make sure you have strongly indicative evidence before you damn someone, as once you’ve spoken up, it’s very difficult to take it back.

About ThePOGG.com ThePOGG is The Player's Online Gambling Guide and is a Gaffg trusted affiliate. 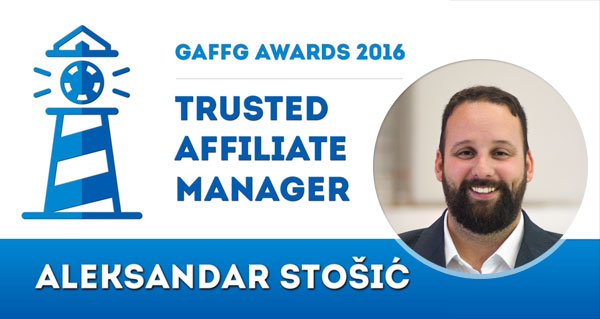