As of December 1st, 2014, the United Kingdom will enforce and collect gambling taxes of all companies including those that are based offshore.

The UK government has announced that it is targeting online gambling companies that avoid paying UK taxes by basing themselves offshore. Previously gaming companies would take UK customers but would be based elsewhere. The few major online gaming jurisdicdtions are Gibraltar and Malta.  Companies can be based and licensed in the UK but the licensing and taxes are higher however this gives the companies full access to advertising and marketing in the United Kingdom. Examples including gaming companies paying for shirt sponsorship of English Premier League teams.
At the moment only UK approved gaming companies could advertise throughout the United Kingdom. This allowed for newspaper and TV adverts while offshore gaming companies are not allowed to advertise.
https://www.gov.uk/government/news/gambling-tax-new-rules-and-sanctions-to-prevent-avoidance-by-gambling-companies
The biggest loser out of this transaction could be Gibraltar which is now in a struggle with the government of Spain.  The Spanish government has stated it wanted to force Gibraltar gaming companies to have their gaming servers located in Spain, which would force them to endure taxes there.
The collection of taxes will make it tougher for offshore gaming companies to give out larger player bonuses and for affiliates, this could also result in less income to go around.
The way the UK government is handling the situation is probably going to be an appealing method for other countries as well that don't pay any taxes at all. Takes a country like Canada for example, there are provincial gaming licenses available in Ontario, Quebec and British Columbia but there is nothing to stop the likes of companies like 888 and Full Tilt Poker from advertising on TV. This means more gambling income is being collected from Canadians and leaves the country. It will only be a matter of time before Canadian law changes to force offshore gaming companies to pay local taxes. Everyone in the online gaming industry should be prepared for this to become a reality as the industry still continues to grow.
Governments will want to collect their share of gaming income and it will be easier for them to block non complaint offshore companies.

Offshore companies will not be safe from taxes anymore

Operating an online casino or any other betting site from outside the United Kingdom while permitting the British players to join their platforms has been one of the most common ways used by gambling companies to avoid having to pay high sums of money on taxes.

This has been happening for many years now. It has become a custom and the players are more than happy about it since the betting sites are able to invest their budget on other aspects.

Approximately, highly reputable betting platforms that make use of this method are able to save up more than £100 million per year.

Usually, they use those funds to invest more on their marketing strategies or on their own site so that they can allure a higher number of new players.

The strategy has been adopted by many new operators as well since they do not count with a lot of money and saving up some of it can definitely help them stay on the market for a prolonged period of time.

Sadly for them, the United Kingdom authorities seem to have found the way to make these companies pay their respective taxes, and the law will be taking place in the nearest future.

More expenses for the gambling operators

Even though it is true that the online gambling industry is quite lucrative nowadays, it is also a fact that gambling operators must face a lot of expenses to be able to offer their services to the players worldwide.

Operating a gambling platform is not as cheap as it may seem, and most of them spend their time looking for any methods or ways to cut down some of those expenses they have.

Unfortunately, the new law that will be enforced in the United Kingdom will make it a lot more difficult for gambling operators to sustain themselves on the competitive market that they belong to.

For some of them, leaving the British market may seem the best option available in case they do not want to pay any taxes.

Whatever the decision is, these operators will suffer great losses since the United Kingdom is one of the largest markets that exist up to this day in the online gambling industry.

More than 5 million British citizens indulge in gambling activities per year. Having mentioned that particular fact, it is more than understandable why most betting platforms want to enter the British market so desperately.

The expectations on the new law

For the government, the new law is set to generate more earnings for the country as a whole. There are plenty of gambling companies offering their services to the British citizens, so the earnings are estimated at £500 million or more.

On the other hand, the operators would have to change their strategies right away, unless they want to face scandalous expenses that could threaten the stability of their platforms.

The players will face the changes that the betting platforms make instantly. Some of them would see how many of the benefits and bonuses they had available disappear from their favorite betting sites over time, making it harder for them to earn extra money regularly. 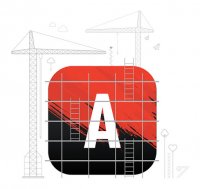