In accordance with user protection in the matter of gambling, the UKGC has partnered with Facebook and followed with creating a guidance in order to limit the number of ads related to gambling that pop up for the users to see.

Social media has seen an increased bombardment of adverts related to gambling and sports betting practices lately, since the market has seen a massive increase in profit margins despite the global situation. Things could get to the point where all users see are adverts about gambling so it was time for somebody to hit the brakes and this spread (at least a little bit)

The UKGC has, therefore, set up a guide where they can inform users on how to utilize Facebook’s safety tools to mitigate adverts on their newsfeed.

Chief Executive of the UKGC, Neil McArthur, explained: “Protecting children and vulnerable people from being harmed or exploited by gambling is a the heart of what we do, which is why I challenged the industry to look at how they can make better use of technology to prevent gambling-related content and adverts being seen by those individuals”

“Partnering with Facebook to produce this guidance is a welcome step for us in order to offer consumers clear, practical advice, and I hope that this will help them limit gambling-related content they see when using the platform.”

The guidance offered via the partnership will include relevant information on how users can hide ads, modify their preferences when it comes to reviewing advertisers from which they’ve already seen ads, and also how to manage data so they can choose how advertising companies uses said data to show ads within or outside the platform and how can the user be targeted based on what attributes they chose.

Since its early days, the iGaming industry has struggled to attract the attention of potential players and investors that could help it grow and develop as much as the land-based gambling venues.

For many years, iGaming operators have been on the lookout for the best methods and ways to draw the attention of the world without having to spend a lot of money on it. At the beginning, the best tool was affiliate marketing.

To this day, it is still one of the best methods, but it seems to have gotten dethroned by another one in the past few years.

That new efficient method that is being used on the industry is the social media ads. This great new tool allows the operators and affiliates to allure plenty of new players and investors in a short period of time.

The best thing about it is that they do not need to spend too much, since most social media platforms offer generous packages and deals to those that require some extra exposure worldwide.

The tool has worked to perfection, and now the iGaming industry is growing rapidly and steadily. According to several statistics, at this rate, the industry would be reaching its peak in the following decade.

The overuse of social media can be perceived as overwhelming

Since all the social media platforms have proved to be the best way to promote iGaming sites, some operators and affiliates have been using them a bit too more than they should.

As a matter of fact, it is estimated that for every 10 ads viewed by a user on social media, more than 5 of them tend to be related to the iGaming industry in some way. Surely, the statistics is can be more than overwhelming for some social media users and The United Kingdom Gambling Commission wants to do something about it.

The biggest concern rises from the fact that social media is not used by adults only. These platforms are open to each and every person that has access to an active internet connection and a device such as a PC, laptop or mobile device.

Nowadays, kids have access to all of that so many of underage users have witnessed ads related to iGaming and it is possible that many of them have felt allured to visit such platforms.

This speculation has worried many parents and authorizes across the world, and measurements such as the new guidance by The United Kingdom Gambling Commission are meant to prevent it.

The positive changes that the guidance could cause

The new guidance developed by The United Kingdom Gambling Commission will be accessible to each and every user that wishes to alter the ads that they view while spending their time on Facebook.

At the moment, there is no news about the possibility of creating a guide for other social media platforms, but the discussions are definitely taking place so that many other users can stop viewing unwanted ads.

The United Kingdom Gambling Commission is also working to find the ways to promote its guidance so that it can reach many users in a determined period of time.

The guidance will prevent the users, especially the underage ones, from watching ads that could make them feel attracted to enter a gambling platform and that way, lower the rate of gambling addicts within the United Kingdom. 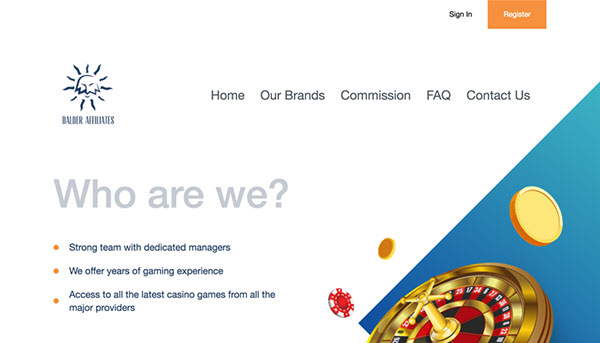