Russia in talks to set a new gambling regulator

Russian state Duma will evaluate, before the end of the year, a new bill that brings a new proposal to the table regarding the formation of a new gambling regulation institution.

The proposed measures state that there will be one regulator for the whole gambling industry in Russia and it has already had its first reading in the State Duma Committee on Economic Policy, Industry, Innovative Development and Entrepreneurship.

The first stage was approved on November 17th and will now go to the upper house for reading.

If approved by the upper house, the new regulator will have a number of tasks which include the “improving the effectiveness of the control and inspection of the gambling market in order to increase the funds, which will be forwarded to the Ministry of Culture and Sports."

Some licensed sports betting operator have already bashed on the proposal claiming that  the government would only manage to destroy a well-functioning system. One of the predicted effects after the new bill passes is a reduced amount of sponsorship deals.

Some sports association officials are keen on debating that the two party representatives have no industry experience whatsoever and the proposal is more likely seeking to boost federal funds rather than help sports.

The new regulator will be responsible for monitoring and detecting illegal online gaming activities and for the preparation of proposals to improve the national gaming legislation.

At present, the State Tax Service is responsible for casinos and online gambling but bookmakers have the leeway to self regulate. This new bill will see casinos, online gambling and bookmakers all fall under the single Russian regulator.

The first reading of the bill would follow the analysis from the Legal Department of the Office of the State Duma, which is expected to be submitted by December 1.

A concern or an opportunity to make more money

The Russian government has once again imposed its authority over a new industry, in this case, it is the turn of the gambling industry.

Many opinions and statements have been expressed since the release of the news, leading to many disagreements and speculation as to why the government has decided to have only one gambling regulator within the country.

For many citizens, the intention behind the move was encouraged due to the high sums of money that are managed within the industry each and every day.

Surely it is a vivid reason when considering that Russia is a large extension of territory with lots of active players on a daily basis. Statistically speaking, the European nation has more than 1 million active gamblers in total.

On the other hand, other citizens think of the move as a measurement to abolish the gambling addiction and excessive betting in all the country.

With more than 1 million active gamblers per year, it is possible that the Russia government considers the industry a threat to the economic balance of the whole nation.

The many losses after the bill is passed

Once the bill is successfully approved and put in place, the gambling industry in Russia will suffer extraordinary changes that will alter its development in the country for the next years to come.

For starters, the country will not be considered a leading market anymore and plenty of gambling operators will begin to leave Russia in search of more lucrative and growing markets in Europe and other continents.

In addition to that, the number of active players will also decrease immensely, since having only one single gambling regulator could make them feel insecure and unsafe at the moment of placing any type of bet.

Sadly, the new bill will cause create lots of obstacles and barriers for the country in terms of the gambling industry. The devastating news could leave Russia with no private gambling operators in less than two years.

More details about the bill are expected by the whole gambling community, but it seems that the expectations are a bit low at the moment.

What the bill means for the players

Having all the gambling operators in the country being led by the government under one single regulator is news that not many players are pleased to hear.

This means absolute control over each and every bet that is placed within Russian borders, making the players feel threatened or scared at the moment of deciding if they want to gamble or not.

On top of that, it is possible that the new bill entitles the government to charge taxes for any betting win, leaving the players with fewer earnings and more debts to pay at the end of each year.

One of the main reasons why the Russian government is eager about this new bill is because having only one single gambling regulator will make it easier to identify illegal forms of gambling across the country.

The new regulator will have complete control over all the gambling activities that take place within Russian borders, allowing it to detect any suspicious actions in a short period of time. Illegal gambling operators can be sentenced to prison for several years if caught in the act.

The Importance Of Finding A Niche For Your Small Business 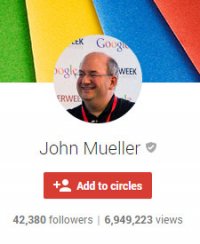