New Jersey governor Chris Christie has signed a bill into law which will see New Jersey join the likes of Nevada as states with online gambling laws.

Many states control their land based gambling laws and lotteries so it seems that online gambling was the next target on the horizon.

Likewise in Canada many provinces have gone ahead with legalized online gambling in the provinces of Quebec, British Columbia, Ontario and recently Manitoba.

Many states are looking for more ways of generating tax revenue and probably one of the easiest ways of accomplishing this is legalizing and taxing something that has been ongoing for years.

With 2 major states now pursuing legalized online gambling, it is expected this will cause a trickle down effect with other states.

This could lead to legalizing all forms of online gambling although some states will probably be restrictive to certain types of gambling like casino and poker.

You can read more about the news here.

The constant regulations against gambling in American territory

The gambling industry has been growing and developing in the world quickly in the last few decades.

The most common forms of gambling are the slot games and the table games that can be found on retail casinos. The sports bets and lotteries are equally popular worldwide.

Despite the massive growth and popularity that the industry has suffered, the United States of America has been hesitant to accept any gambling form in all of its states.

It is hard to believe how the American territory can be so difficult to enter when you start thinking about the city of Las Vegas and how lucrative and beneficial it has been for the country in all ways.

Nonetheless, the past and present American governments have all agreed on keeping gambling activities illegal.

The gateway for gambling operators to enter the American territory

Even though the American government has been decisive and sure about its decision to keep gambling prohibited, a few years ago, an interesting bill came into law.

That particular bill allowed every American state to choose on its own, giving them the chance to abolish stated laws or impose new ones that are completely restricted to their own borders.

Once this bill came into place, all the American states started making their first independent moves, including the possibility of accepting gambling activities and operators within their borders.

Thanks to this bill, the state of Nevada and now New Jersey are able to impose new regulations that allow online betting platforms to work within their borders without any issues.

These brave and innovative states have been used as motivation for others, and it is expected to witness other states duplicate what was done by these two and add more jurisdictions to the list of open spaces for online gambling.

The growth of the online gambling industry

Retail casinos, sportsbooks and racebooks have been around for quite some time already. They have shaped and developed the industry as a whole since its very beginnings.

Despite their relevance and huge fanbase, the world has been evolving and giving way to a new digital era where practically everything can be found and done on the web.

Gambling is not an exception to this evolution, since the online gambling industry has been growing nonstop for the past few years.

Now in 2013, the industry is expected to grow by at least 10% by the end of the year. Thanks to the new technology invested into the industry, the players do not have to worry about depositing and wagering on betting options from the internet.

They can enjoy large selections of games from pretty much any place in the world.

The big earnings that the gambling industry generates

One of the main reasons why the gambling industry has been accepted into many countries worldwide is the big sums of money that are generated and distributed on this industry on a daily basis.

In fact, according to statistics, the gambling industry provides the governments with more than $500 million a year.

Many experts and players attribute these eye-catching earnings as the reasons why plenty of American states are looking to start legalizing the gambling industry within their borders.

Surely, allowing betting platforms and venues to operate within their jurisdictions will give them the right to charge them with taxes.

The American government would be able to increase its earnings by at least 5% with the legalization of the gambling industry in all of its states.

With that being said, it would not be weird to see the American government change its mind about this matter in the near future. 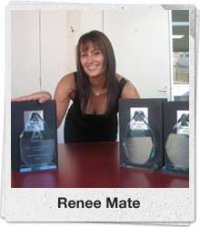 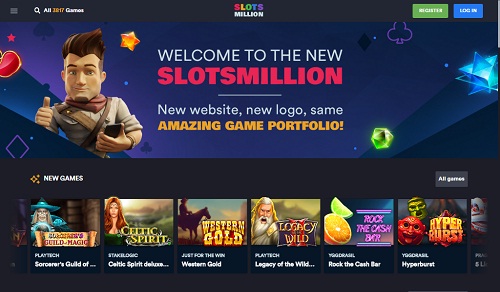 The new face of SlotsMillion Casino

Why you should attend an iGaming event near you