Alberta Gaming, Liquor and Cannabis is the agency responsible for administering the Gaming and Liquor Act, Regulation and related policy in Canada.

The AGLC released the following statement regarding their new take on allowing Albertans to dip into online gambling:

"PlayAlberta.ca makes certain that money played in Alberta will stay in Alberta, ensures protection on account withdrawals and offers a suite of responsible gambling features, such as bet and time limits,"

The website just launched and its currently offering table games and visual slots but more features will be added as time passes. According to estimates done by the AGLC, it will bring around $3.7M the first year alone in revenue.

Alain Maisonneuve, the president and CEO of AGLC had an extra take on what this new venue means for the gambling market:

"We don't anticipate PlayAlberta to be cannibalizing from land-based casinos and racing entertainment centres in Alberta, as we're focused on ... giving options to online players who may be playing currently on unregulated offshore sites,"

"So that's our target market, that's what we're going for. Those are the funds that we want to repatriate into Alberta coffers."

The site integrates AGLC's best-in-class GameSense responsible gambling program, which promotes healthy gambling, also, an extra layer of verification will be added for Albertans willing to sign up for the platform where they’ll need to upload a document that corroborates their identity.

The jump of Alberta into online gambling

The nation has been quite open and flexible with the iGaming industry, leading many betting sites into its borders on a regular basis.

Canada does not prohibit the use of betting sites within their borders. But, not all the district allow operators to work on their jurisdictions, reason why there are many Canadian players but not many Canadian operators.

Regardless of that, the province of Alberta is now officially part of those districts where online gambling can be accessed and operated without any issues. Alberta is a relatively small piece of territory with approximately 5,000 citizens at the moment.

The Alberta government calculates that at least 500 of those citizens will turn into regular players in the near future once PlayAlberta is finally released.

A gambling platform for a single province

The betting site PlayAlberta.com was developed and is meant to be launched in the province of Alberta only. The citizens of Alberta are allowed to open their accounts on this specific province only, registering on other platforms would be considered illegal.

This is one of those rare cases in which a whole website is launched with the intention of reaching a specific and small market only.

This is usually the case of countries where online gambling is not authorized and suddenly, one single state gets permission to allow the use of this type of websites, such as the case of New Jersey.

The regulations imposed on the platform

Accepting the development and release of PlayAlberta was certainly not easy. The authorities still believe that it may not be the best decision to make.

Considering the reluctance to approve the release of the site, the Alberta authorities decided to impose strict yet comprehensive limitations to the platform and its players.

The most interesting regulation is the bet limit. Those players that have reached the bet limit will be unable to keep on betting during that particular day.

Besides that, there are also weekly and monthly limitations so that the players are not at risk of losing a scandalous amount of money in a short period of time.

The reasons behind the approval of PlayAlberta.com

The Alberta authorities were not very convinced about authorizing the development and launching of the betting site at first.

However, given the small space and resources that the province counts with, the authorities made the ultimate decision of finally approving the upcoming betting platform.

According to several Alberta representatives, the decision was thought thousands of times with the purpose of avoiding the risk of causing irreparable damage to the province’s economy.

At the end, the regulations were stated so that the risk of coming across with troubled players is lower than it is under normal circumstances.

At the moment, the only betting platform accepted into the province is PlayAlberta.com. There is no information about the possibility of letting any other global gambling brand enter its borders.

But, it has definitely been thought of already. It is believed that many players would be delighted with such decision since they would be able to place bets on renowned betting platforms with years of experience. 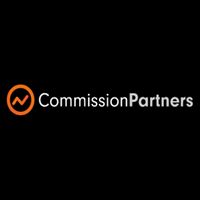