Online gambling being legal in the Netherlands since October 1st

Online gambling brands are able to offer their services to players across the whole world, allowing them to enjoy high-quality titles in different categories or have lots of fun betting on the most thrilling sports events.

The industry is now the focus for many renowned entrepreneurs and business enthusiasts that are just exciting to see what iGaming can offer to the world in the years to come, and now Netherlands is becoming part of this.

The New Trust in iGaming

As the iGaming industry has grown in popularity and trust, many jurisdictions and governments have turned their eyes to it and give it a shot to see what it can provide for them and their citizens.

For plenty of those jurisdictions, the result of letting online gambling brands into their borders has been a positive outcome in all aspects. Through this industry, governments have been able to increase their income by taxing the land base casinos and online casinos.

The Netherlands has noticed the many positive traits that allowing the iGaming industry to operate freely has, thus, the country has made the great decision of regulating any type of online gambling site that accepts the participation of Dutch players.

The path to acceptance was not as easy as it seemed

The journey has not been all smooth and easy. Sadly, the iGaming industry has gone through difficult times in the Netherlands, where not long ago, most online gambling brands were considered shady, and the citizens were advised to stay away from them as much as possible.

Since 2012, the Netherlands adopted a curious yet annoying policy regarding the online gambling industry. It consisted of allowing only the brands that were based in the country to offer their services to the Dutch citizens.

Such policy created a monopoly in which the Dutch players did not feel comfortable betting on, so a lot of them decided to look for other opportunities in offshore brands.

The Netherlands government was surely not pleased with the decision that many citizens made and looked for all the ways possible to block the use of foreign brands while residing within the Dutch territory.

The eye-catching policies and measurements against the iGaming brands

One of the most interesting measurements was the implementation of a blacklist system that blocked the entrance to the most famous betting brands that were not based in the Netherlands. The measurement did not deliver the desired results, but it certainly stopped many players from betting on them.

Another measurement that the Dutch government imposed was forcing the banks to block any transaction that involved any betting site that was not operated in the country.

This last measurement definitely made things difficult for the foreign brands, and a lot of them decided to stop accepting any players from the Dutch territory. At the end, as it was expected, the citizens felt stressed out and irritated to the point of filing up complaints against such harsh measurements.

The citizens wanted to be able to join and have fun on the online betting platform of their preference. The many complaints left by the Dutch players let the government know that those strong measurements against foreign brands were never going to be beneficial for the nation.

Thankfully, the Dutch government was not stubborn enough to turn a blind eye to the complaints and the opinions left by the citizens and started to look at the iGaming industry and the foreign brands with more appealing eyes.

Thanks to that, in the last few years, the Dutch government has been searching for the methods to please the gamblers without hurting the territory’s economy and stability.

It has not been unchallenging to find such methods, since gambling can cause a strong addiction pretty easily and damage the peace and structure of a whole family. Therefore, the government has been careful with the use of these platforms within its borders.

The delays of the official acceptance date

The Dutch government enacted the Remote Gambling Act in 2019. This new policy would give place to the acceptance of foreign online gambling brands to operate within the Dutch borders without issues as long as they follow all the protocols and rules stated by the authorities.

Originally, the act was set to enter into law in July 2020 so that the market would be officially open at the beginning of 2021. Sadly, it was not the case and the date was pushed back six more months. The reasons behind this first delay were never exposed by any representative.

After the delay, the official launch was set for September 2020 so that the market would be able to open in March of the following year. Unfortunately, the sudden pandemic of COVID-19 struck the country and the world at that time and the official date was once again delayed.

Finally, after so many delays and pushed-back dates, the act was officially enacted in April of 2021 so that the market can open in October 1st, 2021.

The joy of the Dutch Players

October 1st, 2021 is already one of the most important dates for the online gamblers in the Netherlands.

Finally, after so much effort and time full of anxiety and uncertainty, the Dutch players can say proudly that their territory is regulated and allows any online betting site to offer its services to the citizens.

Once the news was published, many Dutch players could not believe it. Some of them thought it was never going to happen because the official dates were pushed back many times. Others believed that the government was simply bluffing to keep them quiet for a long time.

Thankfully, the wait is over, and they can now have fun registering and betting on any online gambling platform of their preference.

The new regulated market in the Netherlands

With the new law put in place, the Netherlands is set to become one of the most lucrative markets in the iGaming industry, without any doubts.

The European nation counts with a stable economy as well as a decent number of active gamblers, turning it into a total paradise for all the online betting sites that wish to enter new jurisdictions.

As of this moment, 10 top-notch online betting sites have requested the Dutch license, so they can start offering their betting alternatives to the citizens on a daily basis.

Some of the most popular brands that are close to entering the Dutch territory are:

In addition to that, the Dutch authorities already announced that there are already more than 100 new petitions on hold so that they can be reviewed later on.

With that being said, it can be easily assumed that the Netherlands could be accepting the entrance of at least 50 foreign betting brands in the next 6 months. 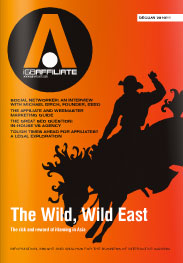