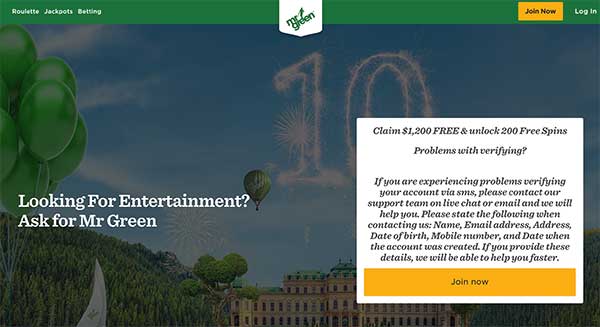 William Hill plc is one of the oldest gambling companies in the world. This UK-based company is always trying to expand on the growing gambling market. A couple of days ago they have announced that they will try to buy Mr. Green. They have offered almost $308 million to the Swedish-based company.

There are two reasons why they have sent an offer like that. First of all, William Hill is trying to take a bigger cut from the online gambling business. The latest statistics have shown that the number of online players is growing and these numbers won’t start dropping in the next few years. In addition, they want to stabilize and strengthen their operations in the EU. The reason is simple – after Brexit when the UK leaves the EU, there may be some rules and regulations that can make their business operations more difficult. However, by investing in EU-based companies they will be able to avoid these potential risks and problems.

Of course, investing in a company like Mr. Green is a good move on its own. This is an online company that provides online casino, live casino, sportsbook, bingo, and keno. They are holding a license issued by the Malta Gaming Authority. They also have licenses issued in Italy and Denmark. Even though it operates just ten years, this website has become one of the most popular online bookies and casinos, especially for Scandinavian players.

If everything goes well and William Hill acquires Mr. Green they will combine with both Mr. Green and Redbet casino brands. They are part of the MRG company which operates in 13 markets. On the other hand, William Hill has an international hub located in Gibraltar that won’t be enough after Brexit. That’s why they are planning on using MRG’s hub in Malta, a country which is part of the EU.

Companies focused on gambling are on the rise thanks to the Internet, but their online activities and even their standard activities have been limited to some extent by the British government. A few days ago, Phillip Hammond, the British Finance Minister has revealed that they are planning to add another tax – tax on betting over offshore websites. The fact is that this tax existed before, but it was 15% - now it will become 21%.

Even William Hill’s traditional betting shops in British cities will be affected by the latest changes suggested by the authorities. Namely, they will have to cut the maximum stakes in these shops. As previously mentioned, Mr. Green has remote gambling licenses in Ireland, Britain, Malta, Latvia, Italy and Denmark and most of these countries have liberal gambling laws. They are also planning on getting a license issued by Swedish authorities in the next couple of months.

The initial reports have confirmed that the board and shareholders at Mr. Green are satisfied with William Hills’ offer. If everything goes well, we will soon witness another huge acquisition in the gambling world.

If the mentioned acquisition happens, William Hill will have access to a brand-new range of markets and players quickly and easily. Thus, its earnings could skyrocket in a short period of time, improving its reputation and overall power in the iGaming industry.

William Hill has been operating since 1934 while having its main base in London, United Kingdom. Certainly, London is an expensive and difficult location to work from due to the many restrictions and regulations that exist within it.

Despite all of them, William Hill has managed to become one of the most important gambling firms in all the United Kingdom and with over 70 years in the industry, William Hill is already paving the way to turn into the most powerful iGaming firm as well.

Mr. Green is widely known in the iGaming industry as the number one gambling site for the European players, especially those that reside in the northern nations like Sweden, Finland and Norway.

Founded in 2007, Mr. Green made a name for itself quickly thanks to the high number of betting alternatives available to the players as well the many great offers and features it had on its platform.

In just a few words, the acquisition of Mr. Green would make William Hill the number one gambling firm in all the Scandinavian countries, allowing it to have plenty of room to work with and grow its reputation in the rest of the European Union.

The temptation to accept the offer from William Hill

Considering how famous and successful Mr. Green has been since its launch in 2007, it would be quite surprisingly to know that its owners would sell it off at this moment.

This is a critical time for the whole iGaming industry, where most companies are witnessing their biggest rates in overall earnings and investments. It could be said that this is the sweetest moment for any gambling operator to work in any market.

Therefore, it is difficult to think of the reasons why Mr. Green would be sold to William Hill. Surely, acquiring more than $300 million at once is awesome, but it is widely known that this great betting site is able to generate more than that in a short period of time.

Whatever the reasons behind the possible acceptance of the offer are, the acquisition would definitely change the course of the iGaming industry for the next years to come.

William Hill could turn into the primary option for the affiliates and players across the whole world, making the rest of the gambling firms fight for the secondary places that the giant company leaves open for them.

Concerns by the Mr. Green players and affiliates

As the news about the acquisition of Mr. Green unveiled worldwide, the players and affiliates registered on it started wondering about their funds and the way that all the operations could change all of a sudden.

For the affiliates, the biggest concern comes from the fact that they do not know if they should delete their links and ads right now, or they should just wait for further instructions from the operators of Mr. Green.

The players and affiliates are equally anxious, waiting for the final decision on the deal to be announced publicly. 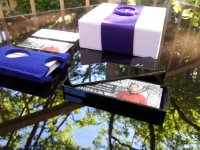