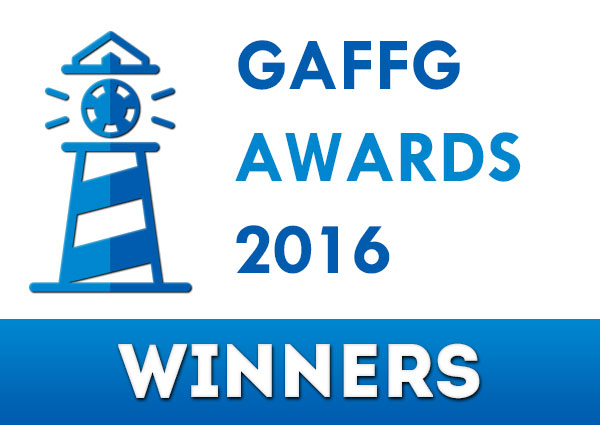 Congratulations to the winners of the Gaffg Awards 2016!

The Gaffg Awards 2016 has concluded and we celebrate the winners for our 3 categories of awards:

The Gaffg trusted affiliates were eligible to vote for up to 5 affiliate managers and 5 affiliate programs they trust the most. The Charity Recognition Award is given to gaming companies that go above and beyond for contributing towards a charity in any capacity whether by donating time, money or resources to a cause of their choice. This is the 6th year of the Gaffg Awards and we welcome some new winners of this year's awards as well as some previous winners. 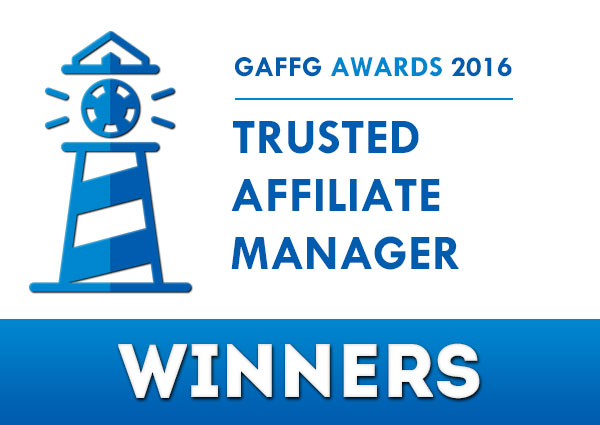 Our Trusted Affiliate Manager award was created so that affiliates could share with others which affiliate managers they not only liked the most but trust them too. Trust is something that has to earned and in this case for affiliate managers it is usually a mix of being helpful, hard working, fast to respond to affiliates and being an excellent communicator. These affiliate managers simply go above and beyond their call of duty in their job. Out of the hundreds of affiliate programs and even more affiliate managers, only 5 awards are given out.

Affiliate Program: Casumo Affiliates
Aleksandar is also a first time award winner and has been working with Casumo for a few years. Aleksandar has been one of the main affiliate managers that has helped Casumo grow into one of the largest gaming companies in Malta. His previous work at AskGamblers has given him the ability to speak the same language as affiliates. 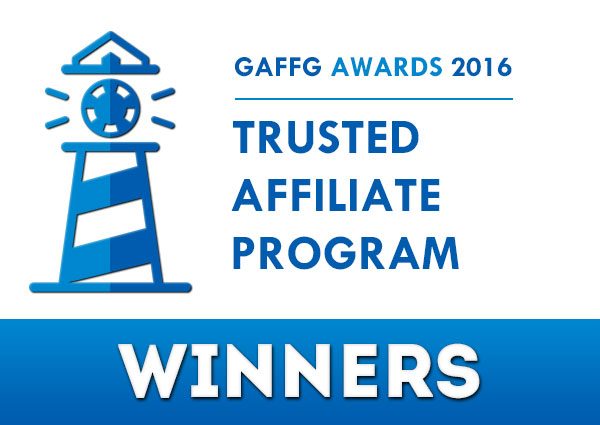 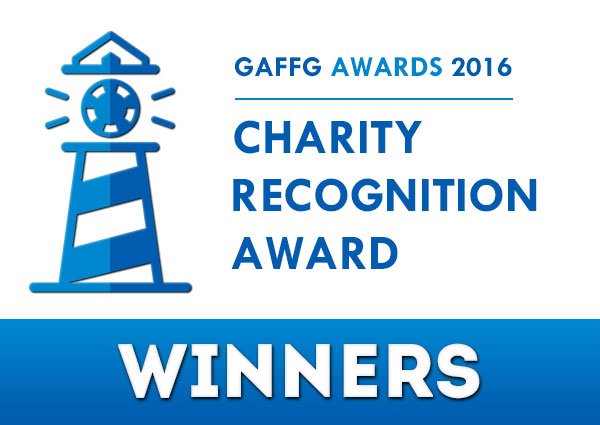 There has been no shortage of charity work and contributions from igaming companies over the years. At Gaffg we believe in philanthropy and we created the Charity Recognition Award to applaud those programs, companies and individuals that go above and beyond the call of duty. We believe with an industry as wealthy as online gambling that companies should always find the time to help out those that are less fortunate. We hope that the Charity Recognition Award will inspire others to become more active in charities.

Presenting the recipients of the Charity Recognition Awards for 2016:

Neteller has been listed as a recipient for the 6th year in a row as the company is always participating in charities. Neteller has given nearly 600 loans through Kiva.org. Optimal Payments PLC supports numerous charities in both locally for each office and globally.

CasinoMeister might not be the first affiliate to donate to charity but has been consistently giving for well over 10 years and has possibly generated the most for charities than any other affiliates. CasinoMeister has a dedicated page listing all of the charities they support and ones they recommend to others for support.

LatestCasinoBonuses.com has a large network of sites and they leverage that raise awareness and money for charities. Their main charity participation is through Kiva.org and to date has 120 members, has given over 300 loans worth over $7500.

Rewards Affiliates is constantly participating in charity work as they are involved in numerous charities year after year. Every year they collect childrens toys and cash from staff for charity xmas hampers and are raising money in the office to donate to a school in Northern Zuzuland, South Africa called Nomakanjani Mqobela Junior Primary. Other 2016 charitable efforts include:

Casumo has made a splash on charity partnering up with Musikhjälpen (Music Aid) with the duo Filip Hammar and Fredrik Wikingsson, they auctioned out themselves and the production of a commercial which Casumo won by bidding 3.4 million SEK (around $360,000) making it the largest donation to date.

“For us, this is the beginning of Casumo’s quest to contribute to a better world. Right now there are more than 30 million children who cannot go to school because of war and conflicts. Musikhjälpen collects money to give these children a safer life, an initiative that we want to participate in and contribute to” Markus Thunholm, Market Manager for Casumo in Sweden.

Bet365 initiates all their charitable donations through the Denise Coates Foundation which was previously known as the Bet365 Foundation. Bet365 has been very active in philanthropy over the past few years with their biggest headline contribution being the £100 million charitable foundation setup in 2014 by Denise Coates. The goals of the charitable foundation are to donate to registered charities in the United Kingdom that have a worthy cause and all of their donations are well documented with major contributions to health and education.

Gaffg would like to thanks the affiliates that took the time to vote. We would also like to wish all the affiliate managers, affiliate programs and affiliates nominated and shortlisted for the iGB Affiliate Awards 2017 and wish you good luck. You can browse through our list of awards winners from our first 5 years:

AmericanGambler approved to launch in Michigan and Tennessee

From Freemium to Paywalls: SEO Analysis